FOR PIANO AND HARPO by Dan Castellaneta | Falcon Theatre 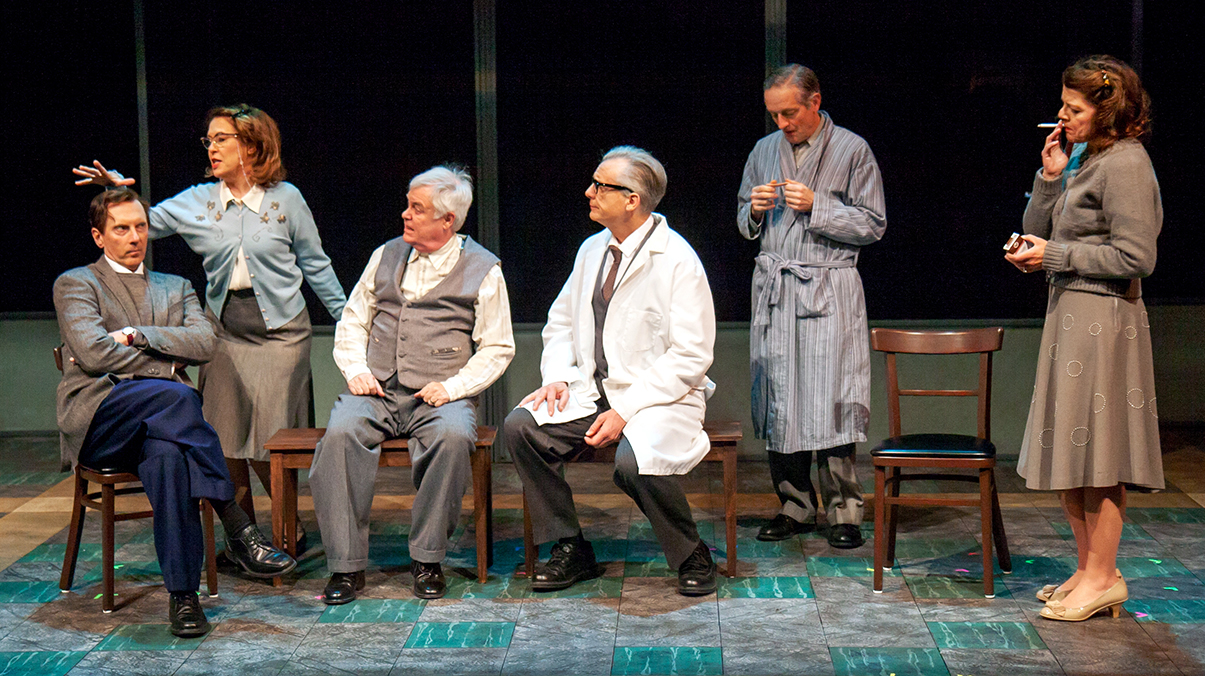 In the years before Jim Henson introduced his trash-talking muppet, the title of 'Oscar the Grouch' belonged solely to Oscar Levant, a top-tier concert pianist and familiar second-banana in films including An American in Paris, the Oscars' 1951 Best Picture. In the early days of television, he was known for an acerbic wit that cut through the frothy chatter of late night interviews and game show panels.

Levant's barbed zingers cut both ways, however, and as often as not, he was his own target. The pain behind the self-deprecation was also behind the self-medication that led to his full-blown and widely known addiction to prescription drugs. In his new play, For Piano and Harpo, now premiering at the Falcon Theatre through March 5, Dan Castellaneta examines Levant's life with the right mix of clarity, empathy and levity. In his pursuit of the sources of Levant's self-destruction, we meet some of Levant's friends and acquaintances for a fascinating behind-the-scenes reminder of mid-Century show business. Stefan Novinkski directs the six-member cast, which stars Castellaneta as his subject and a versatile quintet who portray a wide range of famous figures, notably JD Cullum as Harpo Marx. 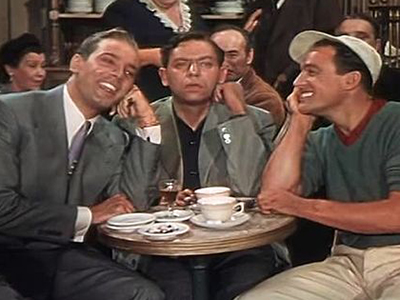 Castellaneta bookends his two-act, two-hour play with Levant's 1962 appearance on "The Tonight Show" with Jack Paar. As Paar, Jonathan Stark captures the TV pioneer's genial ease while showing his determination to get his guest to do what he wants. (The New York Times had criticized Paar four years before this appearance for an earlier appearance it felt exploited Levant's psychological pain.)

Between the play's opening and closing scenes with Paar, it bounces between 1935, at a Los Angeles mansion rented by Marx, and 1956, in the Mt. Sinai Psych Ward where Levant would be an occasional patient. This time it is after he abused his wife, the former June Gale, played with understanding and resolve by the excellent Deb Lacusta. It is her distancing and his shame that will push them towards a wobbly reconciliation and a hopeful end to the play.

Despite Levant's habit of hiding behind the cover of his rapid-fire zingers, he was capable of occasional candor. In both time periods Castellaneta provides characters with whom he must open up. He also introduces flashbacks to childhood and other important moments in order to fill in the gaps with relevant background. Aside from the long-suffering June, it is Harpo, earning equal billing with Levant's instrument by being his most tolerant and trusted friend. His rented mansion becomes the scene for Levant's textbook torpedoing of his chance at success. He finally finishes a symphony he declares will have a place among the contemporary masters, but after he and Harpo arrange for him to perform it before conductor Otto Klemperer (Proctor) and composer Arnold Schoenberg (Stark), he insults them by seguing into mindless ditties.

In the psych ward it is Charlie who draws him out. The only patient with the patience to endure him, Charlie has taken a vow of silence as self-punishment for a misdeed. The curious mirroring of Harpo's silent on screen character is underscored by this being Cullum's only other role.

Novinski's cast – with a hilariously versatile Gail Matthius completing the quintet as Fanny Brice, a patient, nurse and others – is in perfect sync with Castellaneta's vision. They all move back and forth between near-slapstick comedy and bracing drama, with Lacusta and Castellaneta coring the emotional heart, and Proctor creating a fearsome father for Levant, complete with stinging stage slaps.

In addition to regular television appearances, including his own show in 1958, Levant wrote several books including two best-selling autobiographical works, A Smattering of Ignorance (1940) and The Memoirs of an Amnesiac (1965). In them, and now in For Piano and Harpo, this Oscar, largely unknown outside of the classic musicals, emerges as an early of opioid excess and celebrity self-destruction. The story is both relevant and revealing, and Castellaneta and company give it the right amount of conditional comedy to make it oddly entertaining.

FOR PIANO AND HARPO