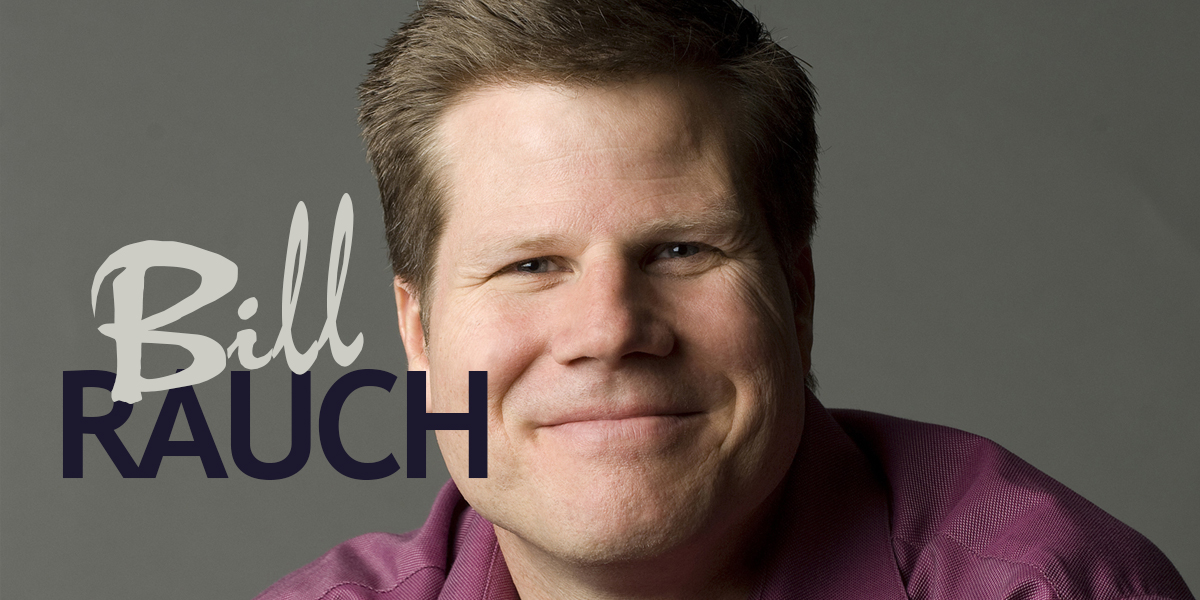 In May 2014, I reconnected with Bill Rauch, Artistic Director of Oregon Shakespeare Festival in Ashland. We met a decade earlier when he was Artistic director of Cornerstone Theater Company and guest-directing John Strand's Lovers and Executioners at South Coast Repertory. I was in my final year as SCR's Director of Public Relations.

Three years after we met, in 2007, we had done our first formal interview. He was at SCR for a final guest-directing assignment before leaving Cornerstone, the company he had co-founded in 1986 with Alison Carey and Amy Brenneman [Interview], and becoming the fifth OSF Artistic Director in its 72 years. He would go from a company without a facility that produced original, community-based work in locales and with local residents to a three-theater complex, an annual budget over $24 million, and a classics-based annual schedule of 770 performances attended by 360,000, mostly from beyond 300 miles.

When we spoke in 2014, his six seasons at Ashland had cumulative audience growth around ten percent and a 33 percent increase in an annual budget that is three-quarters covered by "earned income."

It is artistic achievement, however, by which Rauch will want his tenure measured. The cornerstone of his directorship will likely be American Revolutions: The U.S. History Project, a decade-long program, launched in 2008 and administered by Carey, that aims to fund develop of 37 new scripts. That number, uncoincidentally, would make the Oregon Shakespeare Festival History project's script tally on par with the historic Shakespeare's output. Six scripts have been produced today, beginning with Richard Montoya and Culture Clash's American Night: The Ballad of Juan José in 2010, which traveled to Southern California in February 2012 [review]. In July 2012, Robert Schenkkan's All The Way premiered with Rauch directing and Jack Willis as Lyndon Baines Johnson. Last fall Rauch directed it at the American Repertory Theatre in Cambridge, Massachusetts, with Bryan Cranston as LBJ. It moved to Broadway earlier this year and on June 8, earned Tony Awards for both Schenkkan and Cranston.

What follows is our May conversation, two weeks before the 2014 Tony Awards, along with those portions of the 2007 interview that are still timely.

BILL RAUCH: How are you? It's so good to hear your voice again.

GROSS: It appears that you are having great success, with All The Way being just the latest and most visible example. How has that resonated back home in Ashland?

RAUCH: We've talked a lot about creating new work: commissioning it, developing it, and premiering it. One of our hopes – dreams – was that the pieces we were developing and premiering would go on and have a longer life elsewhere. So, to have a play be successful on Broadway increases the likelihood that it will be done a lot more.

So that's really helpful. Absolutely. And while I certainly don't think every play we do at the Oregon Shakespeare Festival belongs on Broadway, or that that's the ultimate aspiration for anything we do, it's one exciting way to share a play with the larger world. And the fact that it's a 20-actor history play, straight play, not a musical, that has found success on Broadway, is exciting. Because part of what we wanted to do with the canon of American Revolutions plays was to tell stories on a big canvas, and to contribute to, not just the professional body of plays that are produced, but also the amateur canon – the plays that high schools and colleges will be doing years down the line.

So it's meaningful to us in a lot of different ways.

GROSS: In 2007, as you looked to heading up OSF, you spoke of things you wanted to try, but that any changes would need be made with understanding and respect for traditions. Has it been what you expected, or have there been any surprises – good or bad?

RAUCH: Oooh, none of it has been exactly what I expected, for sure. But I would say that it has been largely good. It really has. I was somewhat naïve about how disruptive change is, especially for long-term company members. How difficult it can be. Anytime I used the word "change" early in my tenure I thought of it as unconditionally positive, but in fact, often the word change is a dagger in the hearts of people who had been at the place for a long time, because it implies that what's gone before is not good, or, not to be desired. And that's not the way I meant it. But I think that people heard it that way a lot. So I think I've become much more sensitive, just in how I talk about the work, to balance legacy and history and tradition with innovation and change.

But with all that said, it's been pretty great. The audience has been very much with us on the ride. And the company, too. I'm very pleased.

RAUCH: Absolutely. I think it was long before I got here and it will be long after I'm here. I think what Bowmer said is really true in this case. With that said, I'm really proud of the amount of new work we've done and the innovative directors we've brought in and the acting company, how it's continued to morph and grow and strengthen. And, the audience remains the central ingredient.

GROSS: What percentage is considered local?

RAUCH: Only 15 percent is local to Southern Oregon. Eighty-five percent come from a couple hundred miles away or more. And there's a high number coming back year after year and in some cases going back multiple generations of families. A real cherished tradition.

GROSS: You're halfway through the 2008-2017 history project. That decade represents the period for commissioning, and not for productions obviously?

RAUCH: That's exactly right and we have indeed commissioned 21 of the 37 total new American plays that look at moments of change in United States history. So we have commissioned 21 writers or groups of writers, and produced six projects so far.

RAUCH: The Great Society was commissioned by Seattle Repertory because we want to keep spreading the wealth, but it was heavily developed by OSF. So we certainly consider it part of American Revolutions, but it doesn't count as one of the 37. It's like 37B. We're premiering it here in Ashland [INFO] and then Seattle Rep will produce both plays – All the Way and The Great Society – for the first time ever in rep this November and December 2014, with mostly the OSF cast supplemented by some of Seattle's great actors.

GROSS: Are there any other scripts nearing the end of the development pipeline?

RAUCH: We're doing Lynn Nottage's Sweat next season, which is next year's American Revolutions' commissioned play that we're producing. It's set in Reading, Pennsylvania, and it's about the de-industrialization of the United States and the impact on NAFTA on a group of people who work in a plant in Reading. Very powerful. And we have a bunch of others that are being developed. Michael Friedman's doing a really interesting musical that looks at the history of American popular music.

GROSS: You obviously can't dictate what the commissioned playwrights explore, but what do you tell them in terms of an overall direction or sense of mosaic?

RAUCH: We believe in you, we believe in your voice. If you're interested in the idea of moments of change in United States history, you figure out what you'd like to write about. We've always said in the late part of the commissioning cycle, we might curate if we feel there are just huge swaths of history that have been ignored.

GROSS: Or if too many were thematically too similar.

RAUCH: Yes. I would say in general writers have been more attracted to the second half of the 20th Century rather than to earlier time periods. Naomi Wallace's piece of course was set much earlier.

GROSS: And Culture Clash was all over the map.

RAUCH: And Culture Clash was all over the map, exactly. But a lot of stuff has been set in that second half of the 20th Century.

GROSS: You often talk of plays within a season being in conversation with each other. Are you hearing a conversation taking shape within the 37 history plays?

But there are many others beyond American Revolutions. When we did Bill Cain's Equivocation, the dialogue between Equivocation and the Scottish play running that season and Henry VIII, between the three of them, was mind-blowing. You could see those plays in any order and in any combination. And we try to curate that to a degree, but then connections arise through the interpretations of the plays, or audiences make connections that we hadn't thought about. So that's one of the things that really energizes me about this place. It's those planned and unplanned connections between the place.

GROSS: Given the historic footprint this new canon may create in American theater, do you need to safeguard against work that could implode on its own agenda? Is there a danger or concern of history plays, which as you say are so often recent history here in our country, having their center of gravity slide out of drama and into polemic? A writer whose heart is full of passion he or she wants audiences to share might "subjectify" the storytelling and risk sacrifice dramatic composure, ultimately losing the audience. Can you serve two masters, or must either the theatrical or the political hold the center? Does that make sense?

RAUCH: It does, and I think we've all seen examples such as you're citing: The experience where it feels like the politics are not laid out in a harmonious fashion with the drama and with the artistic merit of the piece. I think it's an issue.

But I know exactly what you mean. And, whether it's to make a point or whether it's to be beholden to historical accuracy and cramming in so many facts about a subject that you lose any dramatic urgency, I think those are easy traps to fall into.

When we reached out to Tony Kushner, he said history plays make bad history and bad plays, usually. I think that's really accurate. That's why they're really hard. But obviously we're trying to combat that trap.

After graduating from Harvard, Bill Rauch went on to found L.A.'s Cornerstone Theatre Company in 1986. As it neared its 20th Anniversary, he accepted the call to become the fifth Artistic Director in the 71-year history of the Oregon Shakespeare Festival, where he had previously guest directed.

In 2014 he directed the world premiere of Robert Schenkkan's The Great Society, which is a sequel to Schenkkan's 2014 Tony Award-winning All The Way, which Rauch directed for its Ashland, American Repertory Theatre, and Broadway runs. Rauch was nominated for Drama Desk and Outer Critics Circle Awards for his work on All The Way.

At Cornerstone, he directed more than 40 productions and served as its artistic director until resigning in 2006. He has also served as an associate artist at Yale Repertory Theatre and South Coast Repertory and as a board member for Theatre Communications Group (TCG), 1992–1998. He was Claire Trevor Professor of Drama at University of California, Irvine from 2005 to 2007. In 2012, Bill received the Zelda Fichandler Award, and won TCG’s Visionary Leadership Award in 2010 and the Margo Jones Award in 2009. Other honors include a United States Artists Prudential Fellow (2008); Los Angeles Weekly, Garland, Connecticut Critics Circle, Drama-Logue and Helen Hayes awards for direction; Emmy and Ovation nominations and an inaugural “Leadership for a Changing World” award.