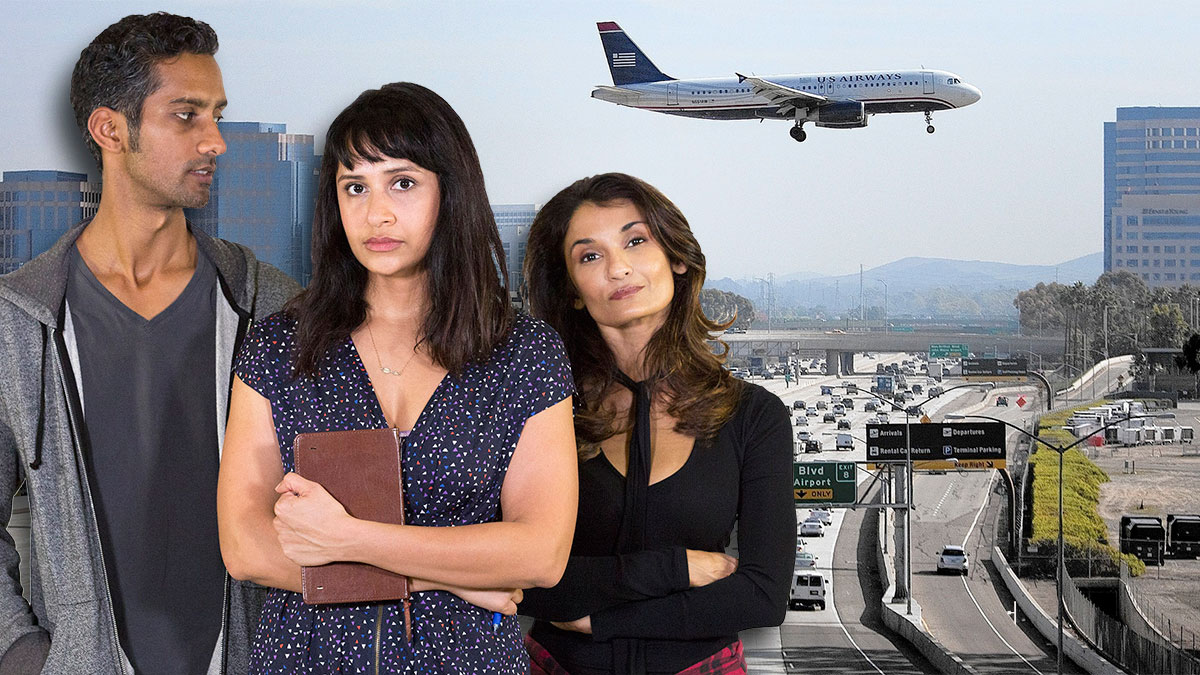 A BOUNTIFUL TRIP TO 'ORANGE'

Playwrights start each script staring into blankness. Somewhere in that word doc or sheet of paper is the trailhead to something undiscovered – possibly ancient and unformed – they hope to capture in words and shape for the stage.

The path may be rocky, full of twists and turns, and enveloped in clouds. It is never downhill.

When Aditi Brennan Kapil sat down to write Orange, which opens its West Coast premiere at South Coast Repertory on Friday, March 10, 2017, she had a sketchy character, scraps of conversation, and a vague sense of destination.

She also had some baggage to weigh.

She was writing on one of six first-year play commissions from SCR's Crossroads Program, an initiative that, according to SCR Literary Director Kimberly Colburn, asks grantees to explore the diversity of Orange County. 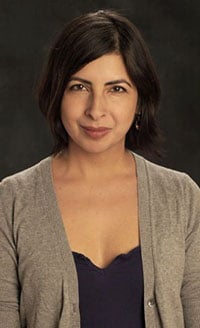 Kapil (right) had originally declined the commission, which comes with a theater-hosted familiarization tour of the county. Each playwright sets the itinerary from a project-specific "primer" created by Colburn, who then chauffeurs the writer between piers and peaks, sharing whatever Orange County attractions strike her passenger's interests. Most significantly, the primer brims with background on the groups, resources and activities that reflect the county's true demographics.

"It's essentially trying to subvert the stereotypes of Orange County," Colburn said of Crossroads, which SCR launched in 2013 through a grant from Time Warner Foundation.

"I said that sounds fantastic," Kapil recalled in a phone interview from her home in Minneapolis. "But it sounds like it's not for me. I have very nearly an allergic reaction to anyone telling me what to write. Ever. I feel like there's a devaluing of the role of the artist in a society when you commission with that level of detailed intent. What you really want from your artists – if you're really going to hold them accountable to what they do in the world – is to be your thinkers, too. To be the ones saying this is what's important. Let's talk.

"Then, at the very end of the spiel for Crossroads, Kimberly said, 'And the last thing is that Marc Masterson, SCR's Artistic Director, insists that after you come and do your residency, you go home and write whatever you please. There is no obligation to write anything about Orange County.'

"So, when she just took that weight off," Kapil said, "what was there to say no to?"

Kapil, a cultural and professional hyphenate, can single handedly credential a diversity initiative. The writer-actor-director, of Bulgarian and Indian descent, was raised in Sweden and the Eastern Bloc before earning a B.A. in English and Dramatic Arts at Macalester College in St. Paul, Minnesota.

"Because I didn't know Orange County at all," she said, "I presented Kimberly with a really wide range of interests. I discovered the county had quite a vivid punk scene and, when punk was more of a thing, it was my thing. So I wanted some music in the play. And I heard about this weird thing called 'Pageant of the Masters.' I just rolled out a wish list of things I was curious about and they scheduled me to the hilt. We even visited a Bulgarian restaurant in Capistrano. I was trying to find my people; to find my interests.

"What really stuck in my head was the feeling of travel," Kapil continued. "I wanted to write a kind of coming of age story and I wanted to base it around a girl and her mother. That was probably me being just a little bit random because I always feel like if you can create more roles for women, why not? Then I thought, I'll put them on a plane just arriving at the place where things will ensue. I don't know what those things will be, but I love that idea of the journey."

Their journey, as Kapil's recently had done for her, landed mother and daughter at Orange County's John Wayne Airport. As the daughter spoke, she peered through her plane window into the blankness inside a cloud.

"She was talking to her mother, in a plane, and that's all I knew when I first 'rolled the paper into the typewriter,'" Kapil remembered. "But the first version of the girl was really clever and annoyed me. So I went back to the beginning and that time she was in a bad mood and that annoyed me too."

"I just kept trying to have her talk, and then when she finally did talk, I thought 'Oh: She's interesting. I could hang with her for a play.' It took me a full three scenes to realize that the reason I was attracted to her and wanted to spend the play with her is that she is on the autism spectrum. That is my oldest daughter. If you'd asked me two years ago if I would write a play about that, I'd have said, 'Nope. Not gonna happen. Never. My kid is not fodder for art.' But finally it's not whether or not she's fodder, it's that I've got something I need to work out emotionally about that."

Orange is told completely from the vantage point of Leela, the 17-year-old traveling with her mother from Calcutta to Orange County to attend a cousin's wedding. Her father, Deepra, moved there earlier and has an apartment. He has distanced himself from the other two members of his immediate family and while he says it is to allow him to work and support the family, it has had the effect of removing him from day-to-day contact with his wife and only child. Leela, while it is never specified in dialogue, is described in Kapil's stage directions as "on the autism spectrum."

Her psychology never manifests as disruptive, but rather as detachment. She is a careful observer who records things around her by sketching in a journal she carries. The autism and sketchbook both serve Kapil to provide an objective perspective on what is happening with those around Leela. It makes for both a fascinating character and an invaluable device, along the lines of a Mr. Spock or Saga Norën from Hans Rosenfeldt's 2011 Swedish series, "The Bridge." All are the type likely to cock their heads slightly at some illogical human behavior.

Over the wedding weekend, Leela will escape the ceremony with a cousin and her boyfriend and experience her own tour of Orange County – a wild ride from pier to peak in the backseat of a convertible. Pia Shah plays Leela and Anjali Bhimani and Karthik Srinivasin play everyone else in Jessica Kubzansky's staging for SCR.

"I find with any play you embark, and it's like 'Alright, I'm going to do this thing,'" Kapil said. "I think because I had no preconception about Orange County, a really personal story snuck into it. By coming in with such a blank page of a brain, something snuck up on me that I didn't know wanted out and not only did this end up being one of the more personal plays I have ever written, it came shooting out much faster than other plays I'm working on with other theaters."

Although SCR commissioned and developed the play, it worked out that Mixed Blood Theatre in Minneapolis, where Kapil is a Playwright in Residence, had an open slot last year and asked Masterson if he would allow them first production. Masterson generously relinquished world premiere honors and, so it is that tomorrow a play born and bred in Orange County lands back home after a round trip to Minnesota.