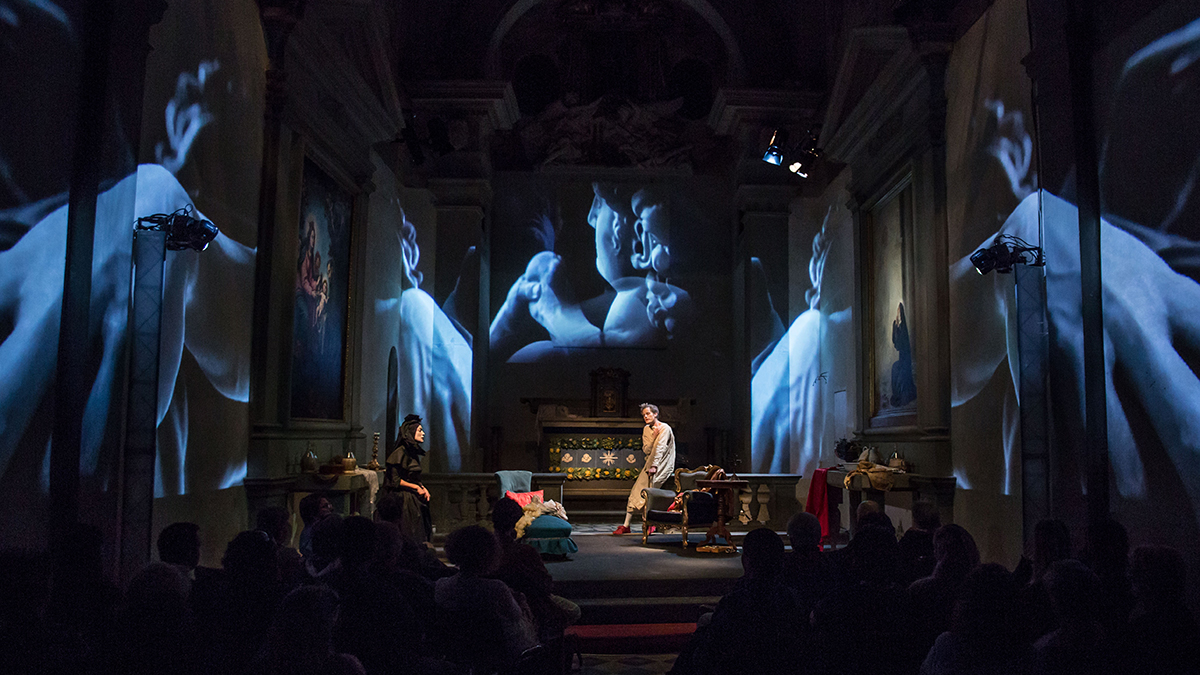 THE MEDICI ON STAGE

An English-language drama in the heart of Florence recalls the first family of the Italian Renaissance.

Who ever said, I’m off to Florence to see a play?

My guess is, no one. Tourists go to Florence primarily because, as the birthplace of the Renaissance, the city boasts that period’s grandest art and architecture.

Besides, its museums (led by the sprawling Uffizi and the Academia, home of Michelangelo’s David), its churches, spectacular views, famous restaurants and five-star hotels and, of course, shops (ah, the Ponte Vecchio!) make Florence one of the most-visited cities in Italy, if not in the world.

Nobody goes for theater, though.

But wait. In recent years, a small group of thespians, all of them English-speaking Italians, have produced a one-hour play with a catchy title; in fact, more than one title. For edification: The English Theatre Show in Florence. More broadly (and according to the website): The Medici Dynasty Show. And the attention-getting: “Three hundred years of history in an hour!” 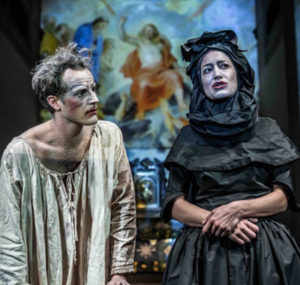 I strongly recommend it, with one caveat. Before you go, read up on the Medici family. You’re in their hometown, after all, so a little familiarity with the clan can’t hurt—and, you’ll be able to keep track of its members as Gian Gastone, the last Grand Duke of the Medici Dynasty, and his sister, Anna Maria Luisa, praise, skewer or shrug off each of them, with consummate skill.

It goes like this… At the Palazzo Pitti in June 1737, the Grand Duke lies on his deathbed. His servant (and lover) is long-gone, as is the entire staff of young men (all paid lovers), leaving him isolated.

But he’s not so lonely that he would welcome his estranged sister. Long ago, she played a major role in arranging his marriage, which was disastrous in every way and ultimately left him with no heir. She’s barred from his rooms, but, of course, there’s a secret passageway.

In the hour that follows, the two have at it, to the delight of the audience, which is transported through history as the siblings recall with pride, anger and often glee the family members who affected the history of Florence.

Finally, they realize they’re dealing with much more than their somewhat squandered lives. In fact, they alone have the power to insure that their family’s contribution to the city through generations (its artistic patrimony) remains intact.

This realization leads to an agreement between the siblings that becomes the de' Medici Family Pact. Much of the artistic and cultural treasure that tourists appreciate in Florence today is a result of that last-minute bargaining by the historic family’s last two direct descendants. And, for the audience, the bargaining is almost as much fun as the reminiscing.