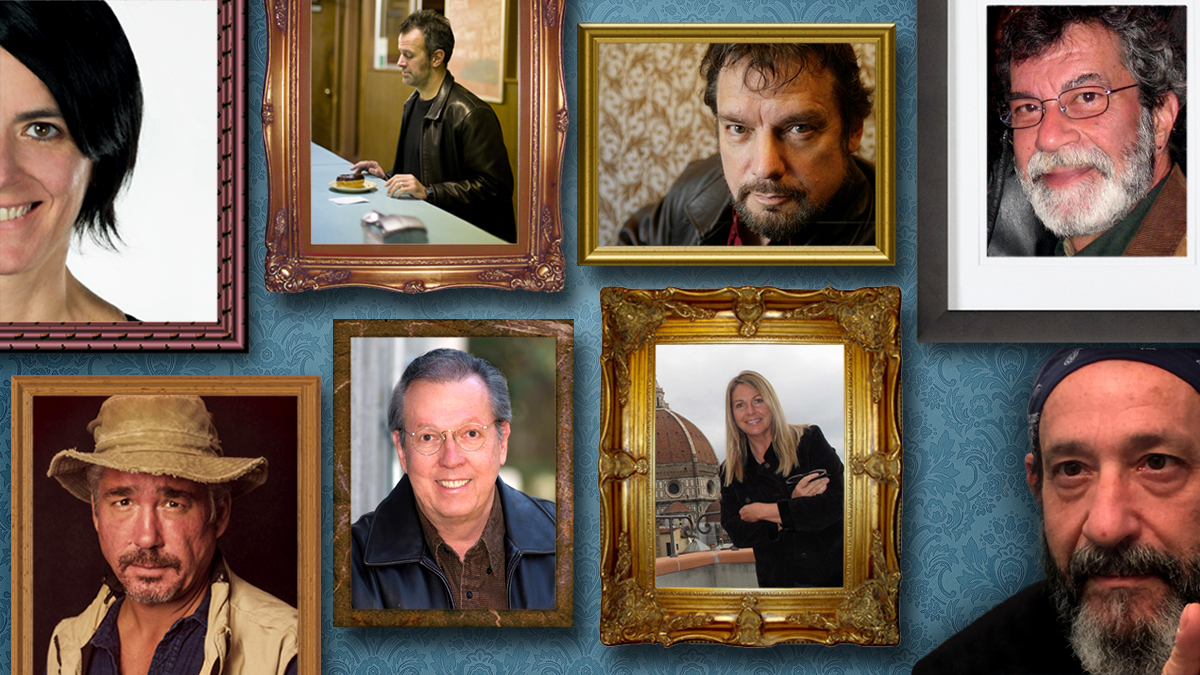 Production photography stands alone at the intersection of the performing and visual arts. It is the still photographers who turn the action and emotion of theater, dance and opera into potent images that serve both promotion and posterity. And, as long as economic and union restrictions make video recording prohibitive, that responsibility will be one more weight they shoulder with their equipment bags.

While running hundreds of photo calls during my 22 years at a major regional theater, I gained respect for these artists. I worked closely with a half-dozen freelance photographers hired by the theater as well as scores more sent by newspapers. By the end of my tenure, a technology that had been inconceivable when I started would revolutionize all photography, boosting ASA and turnaround speeds, eliminating film processing, and putting a highly sophisticated camera in the pocket of anyone with a smart phone.

It didn't make them artists, however.

Because production photography can only occur after tech, theaters have traditionally used graphics and head shots to generate pre-publicity and advance ticket sales. Increasingly they are calling on photographers to create separate photo calls with actors. Often these are just group portraits against a seamless, but occasionally a photographer or graphics coordinator is asked to come up with a conceptual shoot. Read about a recent example, when actor-photographer Daniel Reichert provided the service for A Noise Within, in To Run Before the Run on page 2.

The photo galleries and comments of all eight photographers are spread alphabetically over three post-pages, starting with Kevin Berne, below. To jump directly to a specific photographer's section, click his or her name above.

For more on the subject, read the article that appeared in American Theatre Magazine in October 2015.

Based in the Bay Area, Kevin Berne shoots for nearby American Conservatory Theatre (ACT), Berkeley Rep and Marin Theatre Company as well as Southern California's La Jolla Playhouse and many more. Berne is married to photographer Alessandra Mello, also profiled in this story.

"Aside from the obvious technical challenges of weak and ever-changing light sources, both in color and amplitude, and unpredictable subjects," he says, "there are more subtle challenges to the art of photographing a theatrical performance.

"Digital photography has allowed us all to make better images in challenging environments. The only downside is that without the restriction of film and processing costs, I can shoot and shoot and shoot. That means I often end up shooting 2,000 to 4,000 images per show. Then the challenge is editing them down to around 300 final images that I will deliver to the theater. Good thing I’m a night owl!"

Among the photos in Kevin's gallery above, he commented on five:

"Some theatrical performances have 'cinematic moments' that come together as if they were choreographed with the photographer in mind. The shot from ACT’s production of The Unfortunates represents such a moment.

"When shooting a run-through or dress rehearsal, the photographer has to be prepared when two main characters cross in an unexpected way – as Frances McDormand and Conleth Hill did in the image from Berkeley Rep’s Macbeth – to find an instant that expresses the subtleties of an important relationship.

"Sometimes the photographer’s job is to plainly document the beautiful work of the designers, as in this shot of the La Jolla Playhouse production of The Hunchback of Notre Dame. It illustrates the epic set and lighting design, which evoke emotion and wonder in themselves.

"The image from Marin Theatre Company’s Failure: A Love Story is so zany and fun that it makes you look and want to know more.

"My all-time favorite theatrical image, however, is from Berkeley Repertory Theatre’s production of John Logan's Red. The play is about the life of abstract painter Mark Rothko and I feel this image is very abstract itself, but still conveys aspects of the relationship between the two main characters through motion, body language and composition. This image combines my own abstract impulses with the elements of the play, creating a very unusual and evocative image."

Ken Howard spends a lot of his life in dark theaters, photographing live performances on and off-Broadway and for major opera companies in California, including LA Opera and San Diego Opera, as well as across the United States (Opera Theater of St. Louis, Santa Fe Opera and The Metropolitan Opera in New York) and in Amsterdam, London, Paris and Tokyo. A principle photographer for me at South Coast Repertory, he will be shooting at The Old Globe in San Diego this season.

"To capture the visual memory of the show I constantly move around the theater, composing the images so that people who weren't there will see them and have the experience that they saw the show. For those who were there, and saw people who on stage may have been eight feet apart, by moving to one side, I will have eliminated the space between them and when those former audience members see them later, the tighter blocking in the photo will be how they remembered them in performance.

"I’ve always thought of my work as a dance between me and the actors - they lead, I follow."

"Because the photographs are digital, Photoshop has become an integral part of my work," he adds. "Usually it’s just color correcting and cropping, but it can be more. The photo of Streetcar Named Desire included here is actually two images put together. With such low light it was not possible to get the depth of field needed to have both performers in focus. So I focused on one then the other and put them together to create what is in fact a photo of what the human eye sees despite the dimness."

Ken's complete gallery is on his website at KenHowardPhoto.com.