Pre-Publicity: To run before the run

Demands for sophisticated and versatile imagery have increased as digital photography has made turnaround virtually instantaneous. For theaters that can afford marketing departments, or have company members with the tools and talent, photographs will be taken as early as the first day of rehearsal. 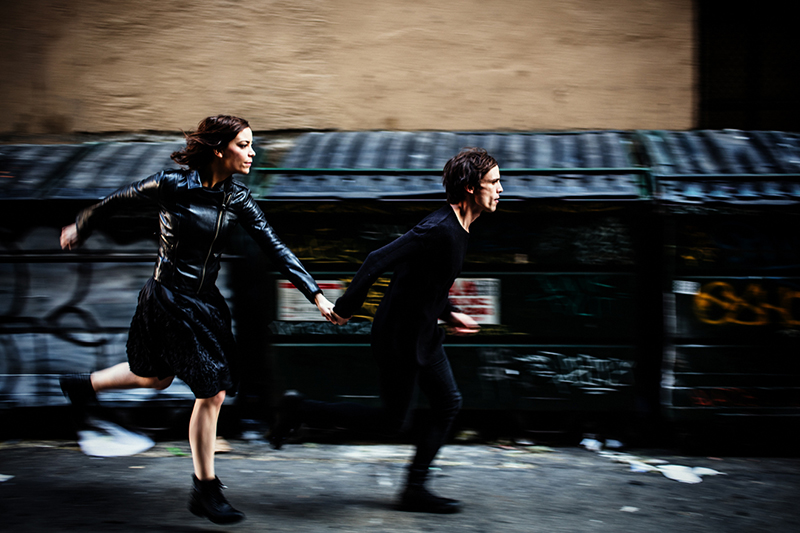 To get pre-publicity shots for its 2016 production of Romeo and Juliet (running through May 6 and reviewed here), A Noise Within contacted Daniel Reichert. One of the region's most reliable actors (Theatertimes' review of his performance in The Weir is representative), Reichert is also a fine photographer.

"She gave me a clear sense of what Damaso wanted," Reichert said. "She said to avoid anything gorgeous and lush that smacked of the Zeffirelli film. 'Damaso wants a gritty, urban feel.'"

Reichert was to shoot both studio and "location" shots. His studio is in downtown Los Angeles, where "there's plenty of grit to be found."

"I wanted a sort of Italian Neo-realism look," he said. "Like something out of a Rossellini or De Sica movie, but in a contemporary setting. I had a couple of locations in mind, one of which was an alley around the corner from me."

Those assembling at Reichert's studio included Will Bradley and Donnla Hughes, the actors in the title roles, ANW co-Artistic Director Julia Rodriguez-Elliott and Managing Director Michael Bateman, as well as Rodriguez. 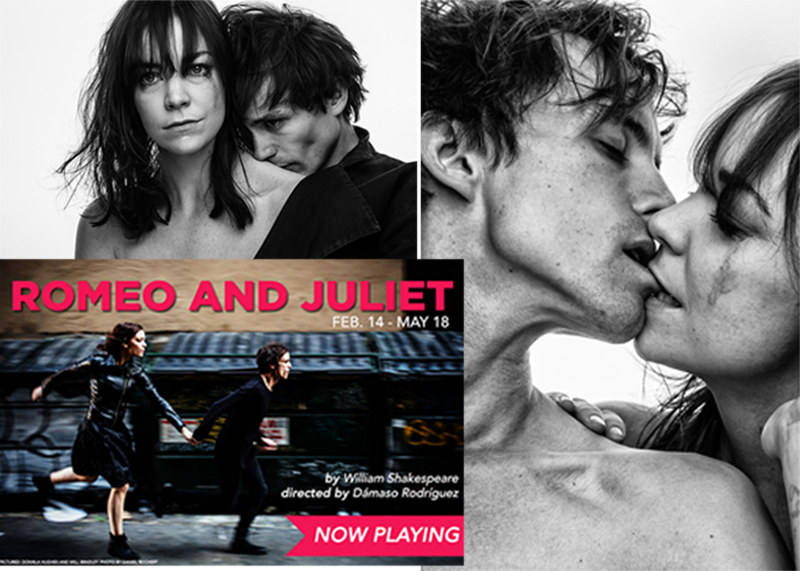 "We started in my studio, and everyone contributed ideas, which was great. The actors, who barely knew one another at this point, were remarkably open, and managed to convey real intimacy. As we began, we agreed that Donnla was looking too pretty, and too 'put together.' So we smeared her mascara to make it look as though she had been crying. I didn't want dreamy-eyed lovers; I wanted a kind of raw, emotional nakedness. I told Donnla to bite Will's lip, which she did, good sport that she is. And Will took it well.

"The studio session served as a great warm-up, and we headed to the alley, which Julia and Damaso loved. I didn't realize it at the time, but the set design included large dumpsters, which the grimy alley furnished plenty of. We talked about conveying a sense of danger, a feeling of these romantic outlaws being on the run. It seemed fitting to have them run down the alley in front of the dumpsters. That's how we got the shot.

"It was a truly collaborative effort. When everyone (actors, designers, directors, photographers) has a good sense of what needs to be captured, it's a lot easier to create stuff in the moment."

For information on Daniel Reichert Photography visit his website.

Ed Krieger is a name careful theater-watchers regularly see on theater websites, blog posts and in publications. An actor himself, Ed is especially wary of interfering with his subjects during a photo call.

"The challenges of theater photography vary depending on whether you are shooting set-ups, a run, or a dress rehearsal," he says. "When shooting a dress in 99-seat theater I sometimes feel that I am onstage with the actors. I don’t want to disrupt them. That's obviously less of a concern when shooting set-ups, but there the challenge is that we still need to run that moment in the scene so the pix have the feeling of action and don’t look like a Sears catalog.

"Either way, whenever I come, because the show is in that crunch before opening, I know I may have to deal with raw nerves. Technically I am really at the mercy of the lighting designer. That can make all the difference in the photos. A lot of stuff can be Photoshopped but the texture of the photo depends on the lighting, and I can’t control that.

"I have memorable shots but these days not favorite shots. Some have certain celebs I have been honored to photograph. Sometimes it's a friend in a breakout role. I shot Dick Shawn in his one-person show The Second Greatest Entertainer in the Whole Wide World. It was shortly after that, while doing the production in San Diego, that he died on stage during the intermission. That was memorable.

"I fought the shift to digital for a long time but the ease of retouching and adjusting things now cannot be beat. And I definitely don't miss driving around from lab to lab! Took a while for me to get used to the different image size, since the sensor is a little smaller than with 35 mm. I had to get wider angle lenses."

Ed can be reached through his website at EdKriegerPhoto.com.